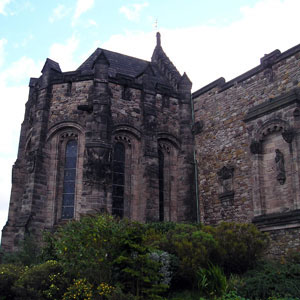 On this Essential Britain tour you’ll experience some of Britain’s most fascinating towns as you travel through England, Wales, and Scotland stopping for overnights in London, Plymouth, Cardiff, Liverpool, Glasgow, Inverness, Edinburgh, and York. Plus, part of the charm of traveling through Britain is seeing the marvellous scenery and on this Britain tour you’ll get the opportunity to witness some of its most scenic areas. You’ll cruise on Plymouth Sound, one of the world’s great natural harbors; visit the former smugglers’ port of Looe; drive through Brecon Beacons National Park, with its dramatic landscapes; explore England’s tranquil Lake District, England’s largest and finest natural park; visit the Isle of Skye, with some of Scotland’s best scenery; and trace the shores of Loch Ness. On this tour to Britain, you’ll also travel to some of the charming towns. In Bath, you’ll explore the excavations of the Roman baths, used over 2,000 years ago for bathing and socializing. In Wales, you’ll enjoy picturesque Brecon Beacon National Park and charming towns of Builth Wells and Llangollen. In Liverpool, take a journey into the life of the Beatles. Walk through York’s quaint streets with your Tour Director, who will bring York and all of Britain alive with first-hand, in-depth knowledge throughout your tour. Globus also brings these destinations to life with out-of-the-ordinary experiences-such as a wedding re-enactment at Gretna Green and original Grasmere gingerbread in Grasmere-arranged just for you.Majestic scenery, fascinating towns, special treats, an expert Tour Director bringing these destinations to life, and so much more are offered on this spectacular Britain vacation. Be sure to grab your camera so all you have to do is sit back and relax as you experience these wonderful destinations.

Located on Bristol Channel, Cardiff is the capital and largest city in Wales.

Edinburgh, (èd´n-bûr´e) capital city (1991 pop. 421,213) of Scotland and royal burgh. The city is divided into two sections: the Old Town, on the slope of Castle Rock, dates from the 11th century; the New Town spread to the north in the late 18th cent. Edinburgh is a government, finance, and tourist center. Most industry, which includes brewing and distilling, publishing, and paper milling, is situated near the city’s port, Leith. Edinburgh grew up around its 11th-century castle and became Scotland’s capital in 1437. It blossomed as a cultural center in the 18th and 19th century, with such figures as David Hume, Robert Burns, and Sir Walter Scott. It remains a cultural and educational hub and hosts an annual international arts festival.

“Glasgow town never brought me down,” Paul McCartney sang in 1973, and Greenock, gateway to the dynamic city of Glasgow, Scotland, is sure to please you too as a jumping off point for some terrific exploration of the land of the Scotch. If you like castles and lochs (personally, we prefer bagels and lochs), you’ll love this fairy-tale kingdom.

More ancient and considerably larger than Scotland’s capital of Edinburgh, Glasgow is a multilayered and rich historical experience, easily accessible to visitors. Statue-filled George’s Square, red-brick People’s Palace, and other main buildings like the central railway station north of the river Clyde, are the obvious places to start. The ancient mass of Glasgow Cathedral sits at the city’s heart; around it, the wide streets of Buchanan Street, Argyle Street, and Sauchiehall Street have all been pedestrianized and must be savored on foot.

Known as the “West End,” the westernmost half of the city boasts the refined, handsome proportions and prosperous townhouses of the island’s finest Victorian city, along with the old and new buildings of Glasgow University. Public parks and gardens help to dignify the southern outskirts. Finally, you’ll find their tourist information office about the most helpful on the island!

The Loch Ness Monster is only one of many fairy tales you’ll be enchanted by after visiting this storybook corner of Scotland. From the castle near Inverness where Macbeth reputedly murdered King Duncan to the mesmerizing beauty of the Scottish highlands, you’ll see why so many people for so many centuries have gone out of their way to come here.

Restless, enduring and wonderful, London is Europe’s largest city. And surely, if you have the choice to visit only two or three cities of the world in your lifetime, by all means make one of them London.

The Romans started it all. The city they developed was “the square mile,” – and Londoners still hunt for Roman relics in the Thames. History is everywhere you look in London, yet today the city is as modern and metropolitan as any city on earth.

By day, London is buzzing with the frenetic pace of commerce not even Dickens could have imagined. By night, the excitement and glitter of theatres, cinemas, pubs and restaurants beckons throngs of travellers from around the world. But there is another London, a peaceful London of cool museums, quiet tea rooms, immaculate gardens and hushed churches.

There is Royal London – ancient pageantry in a modern kingdom – with its palaces, pomp and precise manoeuvres at the Changing of the Guard. And there’s outrageous London, the urban gathering ground for Cockney pitchmen, “fringe” theatre and the city’s youth, with their own distinctive style.

There is also Greenwich, easily accessed from central London by public transport, or take a more scenic route and arrive by riverboat. Notable for both its maritime history and royal heritage, it is perhaps best known for giving its name to the Greenwich Meridian (0° longitude) and Greenwich Mean Time, based at the Royal Observatory.

London, this extraordinary city of contrasts, holds a stunning abundance of hidden-round-the-corner surprises. You owe it to yourself to explore them all. Here, then, is the London you’ll come to know and remember.

Prices are per person, land or cruise only, based on double occupancy. Offer subject to availability and change without notice. Some restrictions may apply. Please ask us for details.

Charges not included in the land vacation price: airfare to and from the start of your vacation; airline baggage fees including checked and/or excess baggage fees; Federal inspection fees for the Federal U.S. Customs and Immigrations; agricultural tax; other per person taxes imposed by government entities; applicable cruise taxes, fees, fares and port charges; passports; visas and vaccinations; transfers; tips to your Tour or Cruise Director, Local Host, driver, Local Guides, and/or ships’ crew; gratuities on ferries, trains, and cruise ships; laundry; telephone; minibar; alcohol, beverages, and food outside of the contracted menu as presented at a hotel or restaurant (these extra items will be billed to you before leaving the hotel, ship, or restaurant); additional excursions and activities not listed as ‘included’ in the itinerary; porterage at airports or train stations; Travel Protection premiums; and all other items of a personal nature.

Click on the buttons below to request a quote on this deal or contact us directly with further questions or comments.

Request A Quote Send To A Friend Have A Question? Contact Us

Send To A Friend